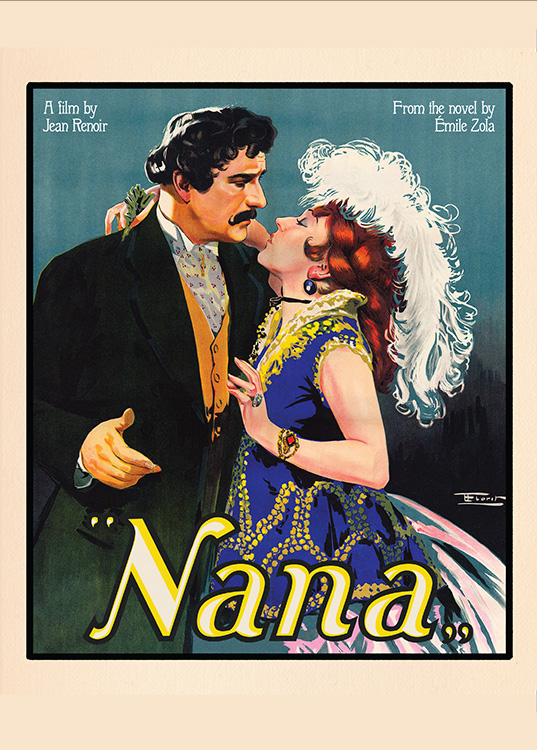 NANA (1926) is Jean Renoir’s (The Rules of the Game) second feature, and one of his most ambitious productions, presented here in a new 4K restoration. It is an elaborately mounted adaptation of Émile Zola’s novel that tracks the doomed romances of its title character—an actress who would go on to be the most notorious courtesan of her era. When her father dies, a young girl is sent to live with her uncle. Mistreated, she runs away to lead a vagabond’s life in the forest. When she is found, she becomes Nana, a fashionable actress of loose morals, becoming first the mistress of a count, and then of the Emperor’s chamberlain. Nana’s love affairs are set against gorgeously mounted sets designed by Claude Autant-Lara.