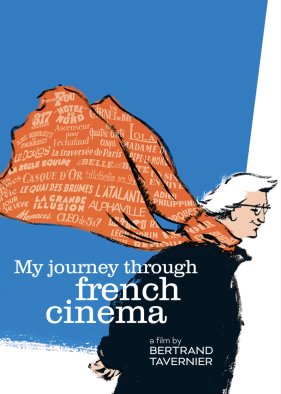 My Journey Through French Cinema

Writer-director Bertrand Tavernier is truly one of the grand auteurs of the movies. His experience is vast, his knowledge is voluminous, his love is inexhaustible and his perspective is matched only by that of Martin Scorsese. This magnificent, epic documentary has been a lifetime in the making. Tavernier knows his native cinema inside and out, from the giants like Renoir, Godard, and Melville (for whom he worked as an assistant) to now overlooked and forgotten figures like Edmund T. Gréville and Guy Gilles, and his observations and reminiscences are never less than penetrating and always deeply personal.

"It's a love letter straight from the heart to the films, actors, directors, composers, writers, and cinematographers who have played such a significant role in French screen history."-- ScreenDaily