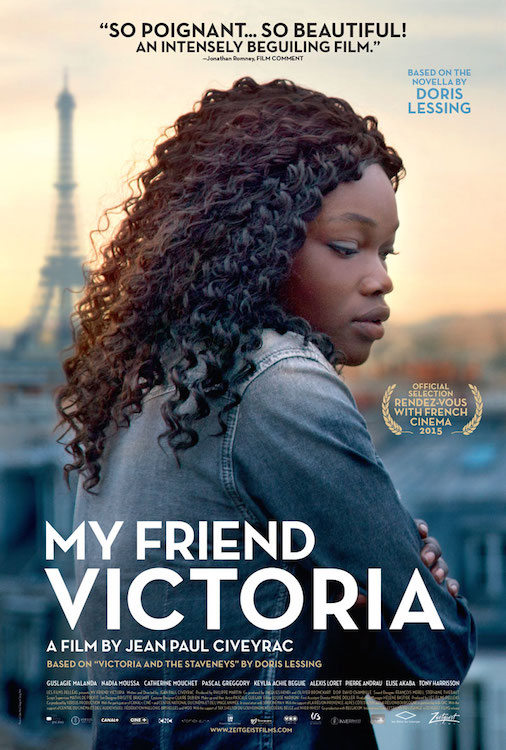 An 8-year-old black child named Victoria (Keylia Achie Beguie), is taken in for a night by the wealthy, white, well-intentioned family of one of her schoolmates. The experience haunts her for years to come, shaping her desires and offering a mirage of privilege that she dreams of but finds impossible to attain. As an adult (beautifully played by newcomer Guslagie Malanda), she drifts from job to job, but then unexpectedly reconnects with the family’s youngest son (Pierre Andrau) in an encounter that will reshape her life yet again. Adapting Nobel laureate Doris Lessing’s story “Victoria and the Staveneys,” Civeyrac relocates the story from London to Paris to craft a probing and intimate look at the politics of race and class identity. Veteran actors Catherine Mouchet (Thérèse, Late August, Early September) and Pascal Greggory (Pauline at the Beach, Queen Margot, Gabrielle and others) round out the cast.

So poignant... so beautiful... an intensely beguiling film, and an altogether surprising one, from a director whose signature is entirely his own... Jean Paul Civeyrac [is] one of French cinema’s best-kept secrets

A subtle disquisition on race and class in contemporary France.