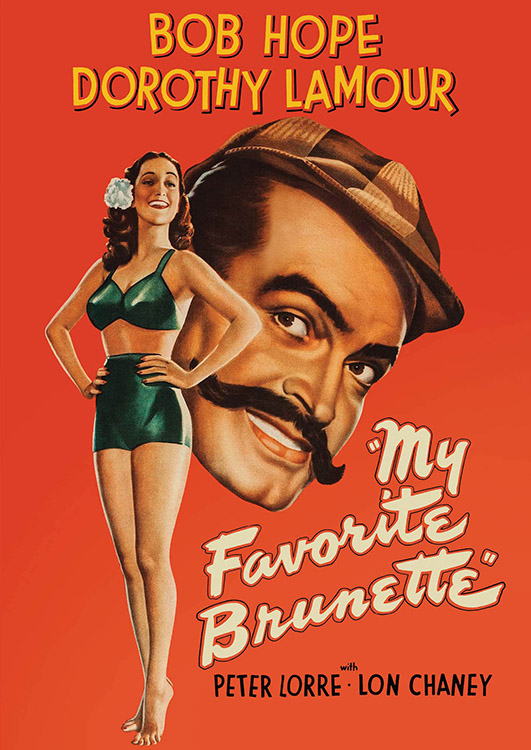 Comedy legend Bob Hope (The Lemon Drop Kid) plays a baby photographer who gets mixed up with gangsters in this bubbly slapstick comedy-noir. Ronnie Jackson (Hope) wants nothing more than to step into the gumshoes of office mate Sam McCloud (Alan Ladd, This Gun for Hire), a private investigator who runs his own detective agency. Jackson gets his big break when a mysterious femme fatale (Dorothy Lamour, Road to Rio, The Hurricane) strolls into McCloud’s office and asks him to find her kidnapped uncle. Jackson plays along with the detective role but is soon in way over his head as he becomes embroiled in a dangerous plot involving professional killers. This spoof of the hardboiled detective genre also features horror legends Peter Lorre (Tales of Terror) and Lon Chaney Jr. (The Black Sleep) as two of Hope's villainous foils. Top-notch direction by Elliott Nugent (The Cat and the Canary, Nothing But the Truth) and beautiful black-and-white cinematography by Oscar-winner Lionel Lindon (The Manchurian Candidate, I Want to Live!).