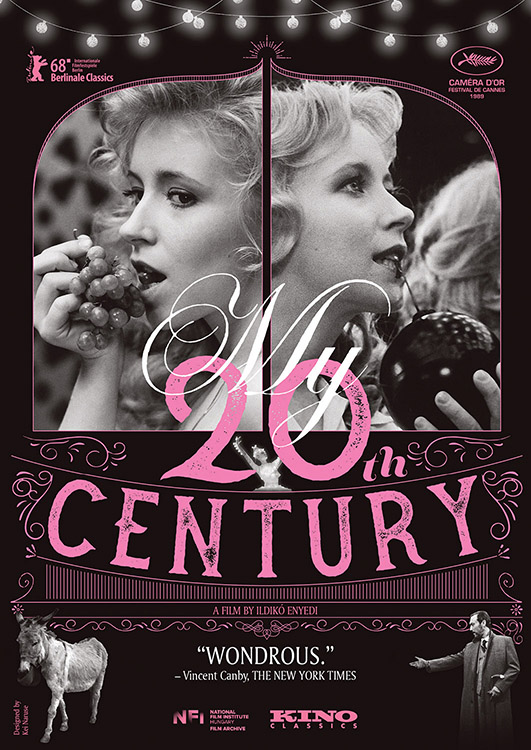 Ildikó Enyedi’s fairytale-like, unconventional ironic film luminaire was awarded the Camera d'Or at Cannes in 1989. On the eve of the 20th century, two twin girls, Lili the anarchist and Dóra a luxurious woman of loose morals, along with Mr. Z. who loves them as an entity, all reach the Hungarian border at the same time on board the Orient Express. Their story, rushing under the spell of Edison’s inventions, is a special ‘research of happiness’, reclaiming the ‘mass murdering century’ from the restlessly changing world and the miracle of existence. Tarkovsky’s fabulous actor, Oleg Yankovsky, performs an unforgettable double with the young Polish actress Dorotha Segda. The complete 4K digital restoration of the film was carried out at the Hungarian Filmlab, supervised by the Hungarian Film Fund – Hungarian National Film Archive in 2017. Digital grading was supervised by cinematographer Tibor Máthé.

“It’s a bracing combination of wit, invention, common sense and lunacy. It’s a gravely comic meditation on civilization at the turn of this century.”

“My 20th Century, photographed by Tibor Máthé, must be one of the most handsome black-and-white films since Federico Fellini’s 8 1/2. It is also enormously good humored.”

“Serendipitous is the word for Ildiko Enyedi’s My 20th Century, an effervescent Hungarian celebration of electricity, love, movies and the infinite possibilities of man, woman and the chimpanzee.”