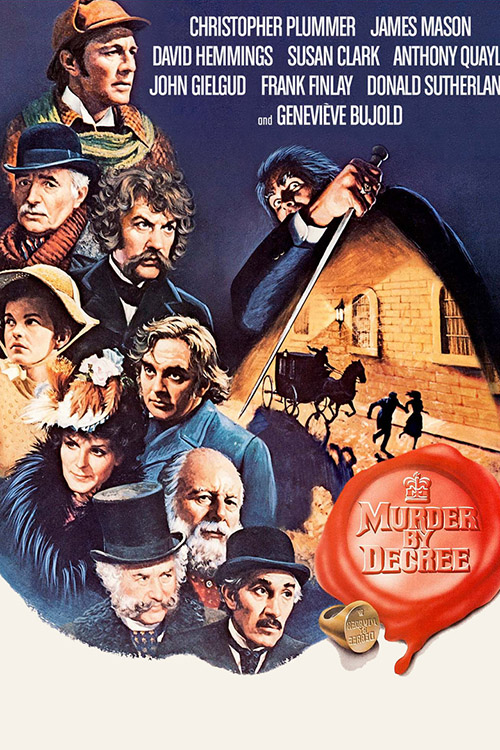 From Bob Clark, the acclaimed director of Dead of Night, Black Christmas, Breaking Point, Tribute, Porky’s and A Christmas Story, comes this horrifying murder-mystery which pits legendary detective Sherlock Holmes against the notorious serial killer Jack the Ripper! When Scotland Yard is unable to stop the gruesome rampage of Jack the Ripper, a citizens’ committee asks Sherlock Holmes (Christopher Plummer, The Silent Partner) and his trusted associate Dr. John H. Watson (James Mason, The Man Between) to investigate. Now the brilliant pair must follow a terrifying trail of clues that includes a frightened psychic (Donald Sutherland, The Great Train Robbery), a suspicious inspector (David Hemmings, Juggernaut), an institutionalized woman (Geneviève Bujold, Coma) and the Prime Minister of England (John Gielgud, Murder on the Orient Express). But even if Holmes and Watson’s remarkable powers of deduction can unmask the maniacal fiend, are they prepared to face the most shocking secret of all? Find out in this masterful suspense thriller that both fans and critics have called the most exciting and original Sherlock Holmes movie ever made! The Stellar cast also include Susan Clark (Coogan’s Bluff), Anthony Quayle (Guns of Navarone), and Frank Finlay (Lifeforce).