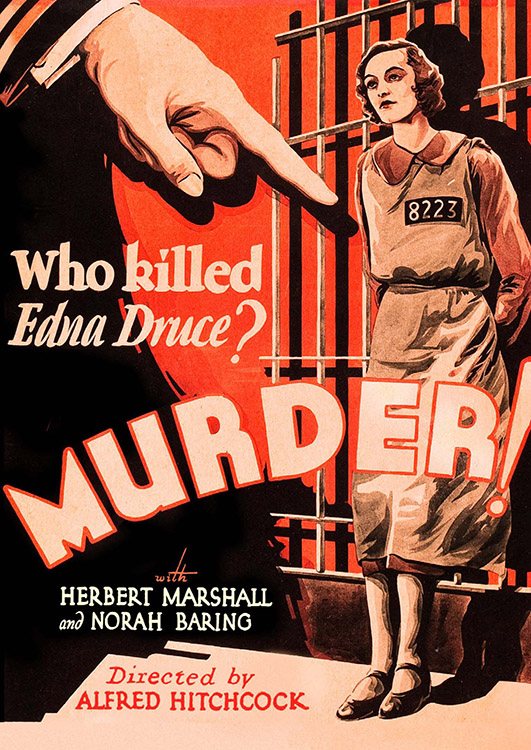 The police find beloved actress Diana Baring near the body of her dead, departed friend. All the evidence seems to point to her, but the proof is circumstantial at best. By the end of the trial, she is condemned, but jury member Sir John Menier suspects Diana's boyfriend, and decides to make his own investigation. Directed by Alfred Hitchcock.