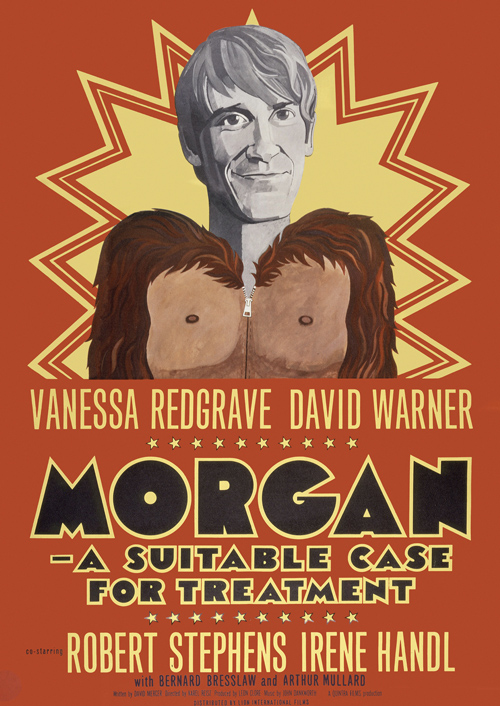 Morgan: A Suitable Case for Treatment

Morgan Delt is a failed artist, an aggressive and self-admitted dreamer obsessed with Karl Marx, gorillas, and stopping his beautiful wife from marrying his former best friend. He uses his rich fantasy world as a refuge from reality, where his unconventional behavior lands him in a divorce from his wife, trouble with the police and, ultimately, incarceration in an insane asylum.