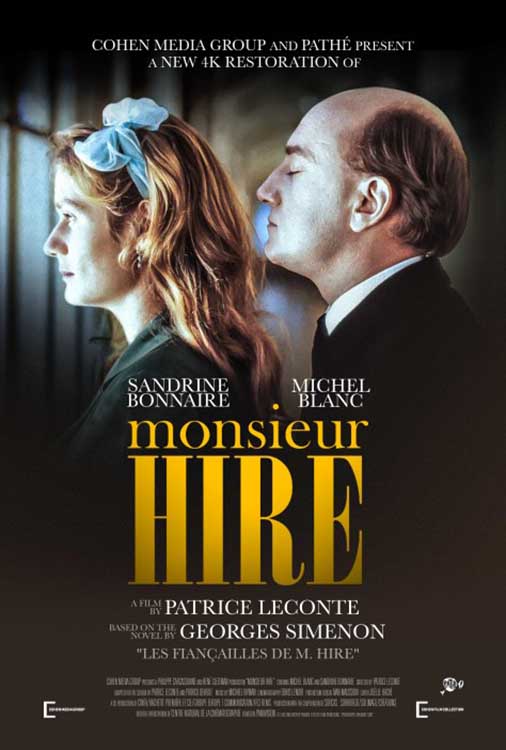 Adapted from the book by Georges Simenon, MONSIEUR HIRE is a film of gorgeously muted widescreen color and “funereal beauty” (The Washington Post) that coolly unpacks sexual obsession and romantic love with intelligence and understated intensity. A young girl is brutally murdered. The prime suspect is a cold and reclusive man who is obsessed with his beautiful neighbor. He spends his nights watching her through his window, but when she discovers that she is being spied on, she becomes the aggressor in an erotically charged relationship that leads to a deadly game of cat-and-mouse.