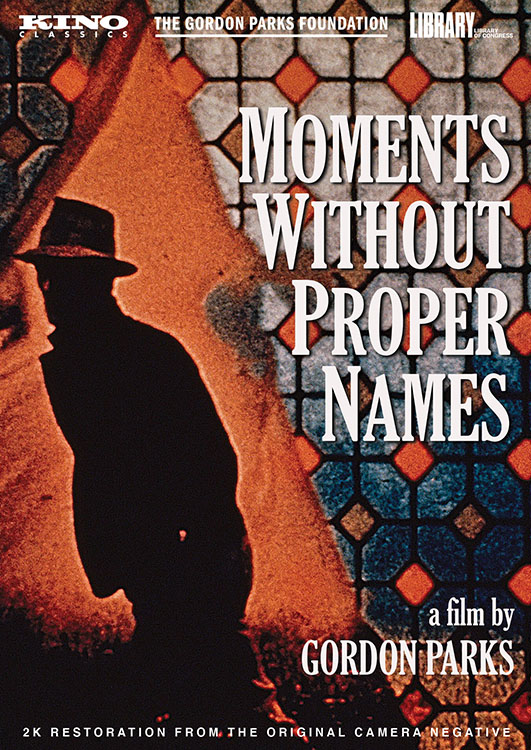 In his final film as director, Gordon Parks (The Learning Tree, Shaft) turned the camera upon himself and created a deeply personal and remarkably poetic self-portrait. MOMENTS WITHOUT PROPER NAMES blends Parks’s striking photographs (spanning four decades) with newly-shot footage of the artist, his own musical compositions, and personal reminiscences performed by a trio of esteemed actors: Avery Brooks, Roscoe Lee Browne, and Joe Seneca. Restored from the original camera negatives, presented in cooperation with the Gordon Parks Foundation and the Library of Congress, MOMENTS WITHOUT PROPER NAMES offers a penetrating gaze into the life and mind of one of the 20th Century’s most celebrated artists.