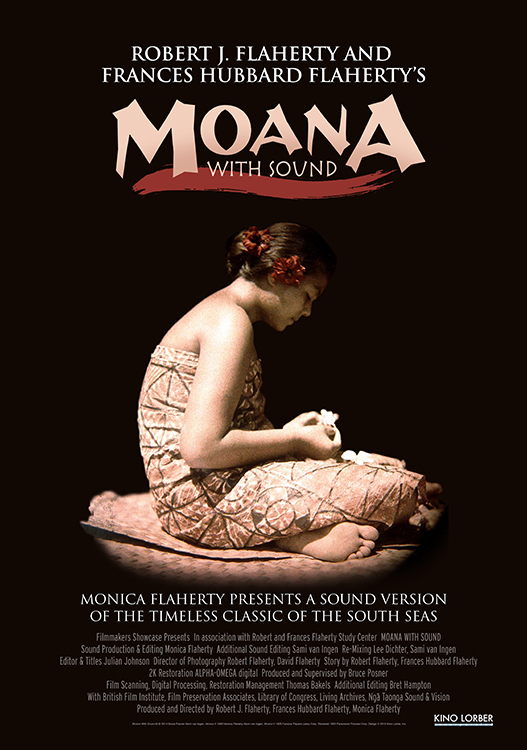 In 1924, documentary film pioneers Robert and Frances Flaherty and family traveled to the Samoan island of Savaii to record the native life and make a film that would try to match the success of Nanook of the North. Restored in 2K with native sounds and traditional songs that Flahertys daughter recorded over a half-century after they shot it, Monica Flaherty's MOANA WITH SOUND is a beautiful work of docufiction and an important piece of film history.