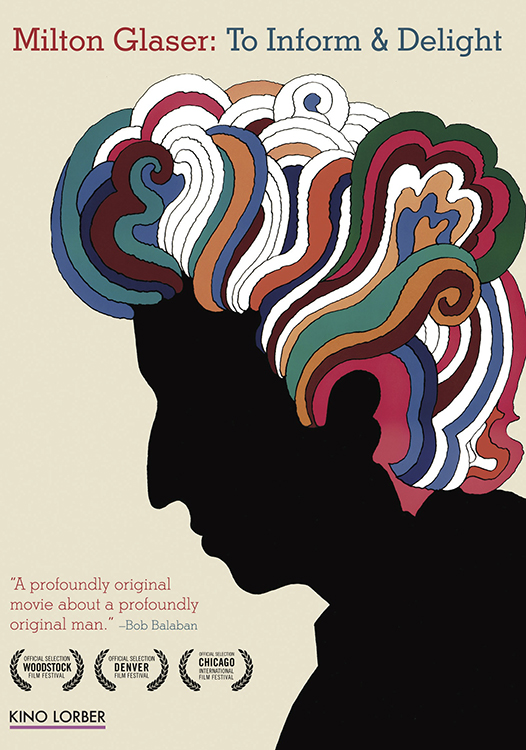 For many, Milton Glaser is the personification of American graphic design. Best known for co-founding New York Magazine and creating the enduring I♥NY campaign, the full breadth of Glaser's remarkable artistic output is revealed in this documentary portrait. From newspapers and magazine designs, to interior spaces, logos and brand identities, to his celebrated prints, drawings, posters and paintings, the documentary offers audiences a much richer appreciation for one of the great modern renaissance men. Artfully directed by first-time filmmaker Wendy Keys, the film glances into everyday moments of Glaser's personal life and captures his immense warmth and humanity, as well as the boundless depth of his intelligence and creativity.

"Keys succeeds in limning an engaging portrait of an artist and mentor who's spent a lifetime affirming the power of art to inform and delight, and, if he can help it, effect positive social change."

"Will leave an audience feeling both lightened and illuminated."

"Collaborators testify to the continuing influence of Glaser...but seeing is believing in director Wendy Keys' pleasantly conversational documentary. Expect to mutter "He made that too?" at least a dozen times."