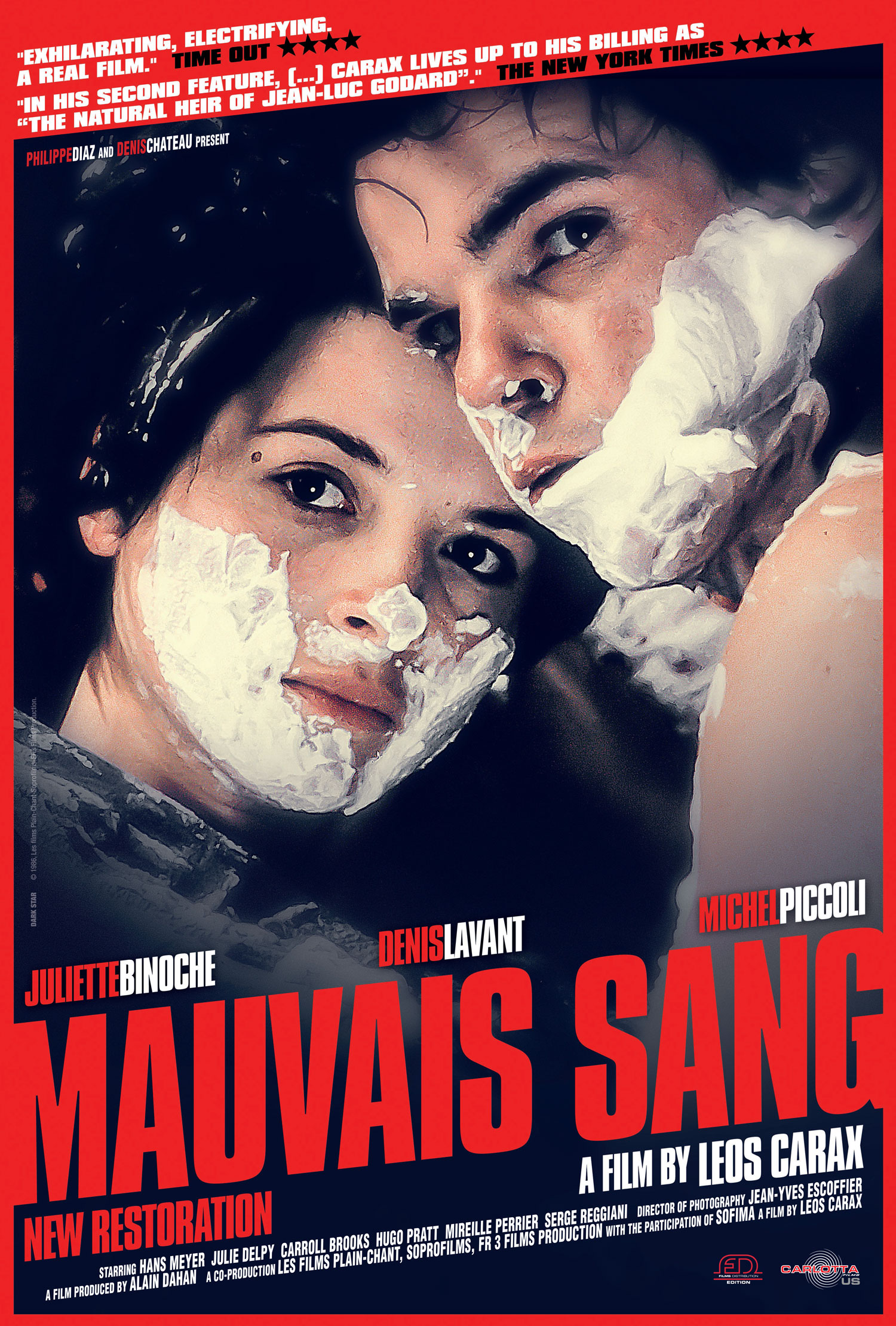 In a world ravaged with STBO, a sexually transmitted disease only acquired by people having sex without any emotion, a woman known as the American takes action by hiring a man to steal the antidote. Focused on the different stages of sexuality between ages and genders, MAUVAIS SANG is a drama-packed French film presenting a dystopia rottened by the impatient and inessential use of sex that has been constantly practiced throughout time. Grasping onto the true meanings of love and life, Leos Carax comments on the world's abuse of love with an outstanding and noteworthy film noir.