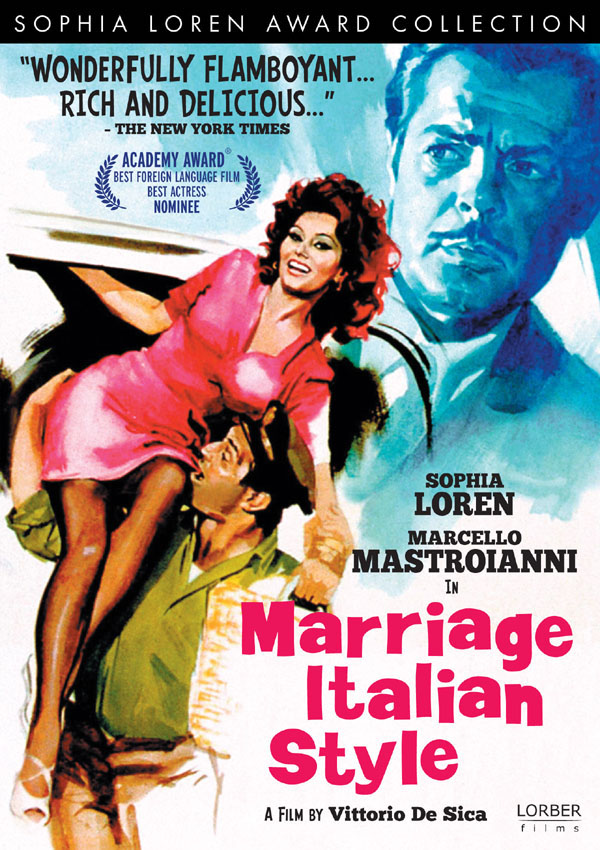 Marcello Mastroianni co-stars as the irrepressibly carnal businessman Domenico, who discovers Loren’s Filumena as a young prostitute and keeps her as his mistress and confidante. When he chooses to marry a young cashier instead of her, Filumena is furious, and resorts to a series of wild and hilarious ruses to win back his hand.

“Loren and Mastroianni are superb!” – The New Yorker