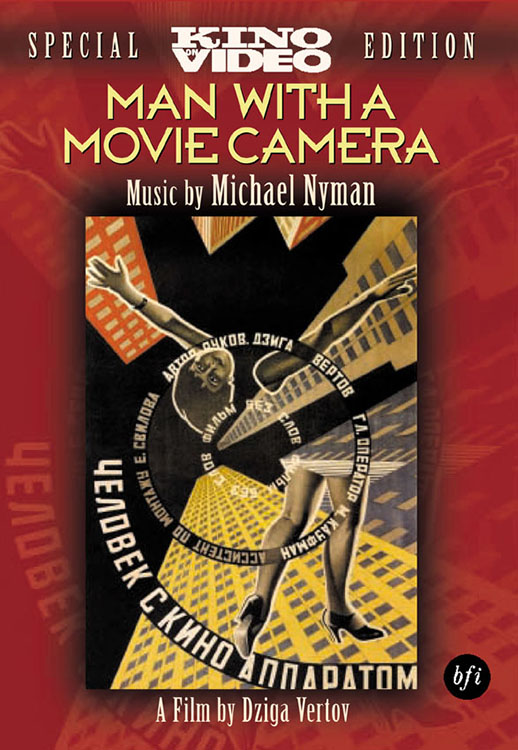 Man with a Movie Camera

One of the most innovative and influential films of the silent era, Dziga Vertov’s MAN WITH A MOVIE CAMERA utilizes rapid editing and innumerable other cinematic effects to create a work of amazing modernity and power. This dawn-to-dusk view of urban Soviet life shows people at work, at play, and at the machines that endlessly whirl to keep the metropolis alive. It was Vertov’s first full-length film, and it employs all the cinematic techniques at the director’s disposal—dissolves, split-screens, slow-motion, and freeze-frames—to produce a work that is as exhilarating as it is intellectually brilliant. Restored by the British Film Institute, this edition features an orchestral score composed and conducted by Michael Nyman (The Piano), first performed on May 17, 2002 at London’s Royal Festival Hall.