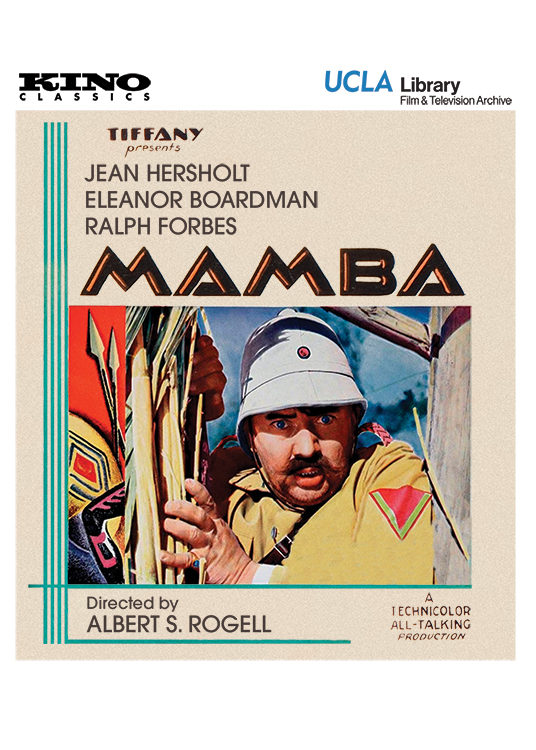 An exotic adventure set among ivory traders and military officers in Colonial East Africa, MAMBA stars Jean Hersholt as a corrupt land-owner who battles a German officer (Ralph Forbes) over the honor of a young woman (Eleanor Boardman). But the romantic triangle is shattered when the indigenous population mounts an epic assault upon its oppressors. Billed as the first feature-length all-talking Technicolor drama, MAMBA was an bold attempt by the low-budget Tiffany Productions to compete with the major studios. For decades it was considered a lost film, until an original print was discovered in Australia. Photochemically preserved and digitally restored, this edition reveals that MAMBA is much more than a curiosity item; it is a film of remarkable artistic ambition, with such diverse influences as Erich von Stroheim’s sexually frank melodramas and the “unchained camera” of the German silent cinema.