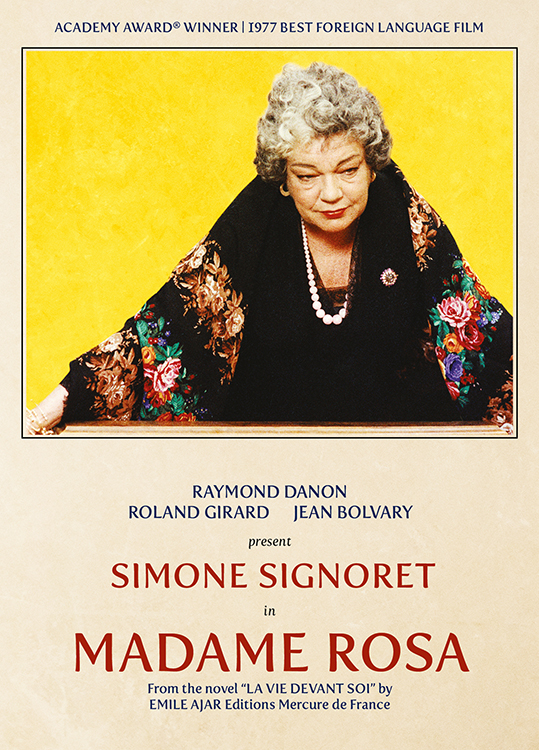 Winner of the Academy Award® for Best Foreign Film, MADAME ROSA (1977) is an enduring classic of cross-cultural understanding. Simone Signoret (Diabolique) stars as Madam Rosa, a French-Jewish survivor of the Holocaust who now runs a boarding house in Paris for the children of prostitutes. She takes a liking to Momo (Samy Ben Youb), an Algerian boy who she raises in the Muslim faith, a controversial decision in the midst of the Arab-Israeli conflict. But their bond transcends religion, and they scrape by as an unlikely but loving family. That is, until her health declines and the intolerance around them threatens to tear them apart.