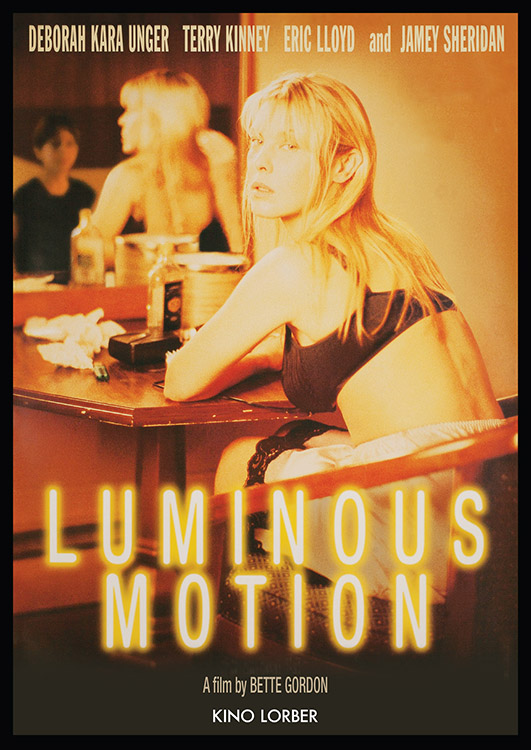 LUMINOUS MOTION (1998) is a dreamlike and erotically charged thriller from critically acclaimed director Bette Gordon (Variety). Deborah Kara Unger (The Game) stars as an unnamed hustler who seduces and robs gullible men while criss-crossing the country with her ten-year-old son Phillip (Eric Lloyd, The Santa Clause). Phillip grows accustomed to this outlaw life on the road, but his world is turned upside-down when his mother settles in the suburbs with a carpenter named Pedro (Terry Kinney). Desperate to reclaim his mom’s attentions, Phillip plots Pedro’s violent end, hoping for a return to the road. But this Oedipal dream turns into a nightmare as they are pursued by ghosts from their past, including Phillip’s menacing father (Jamey Sheridan, Spotlight), who seems to be intent on reclaiming his place at the head of this deteriorating family.