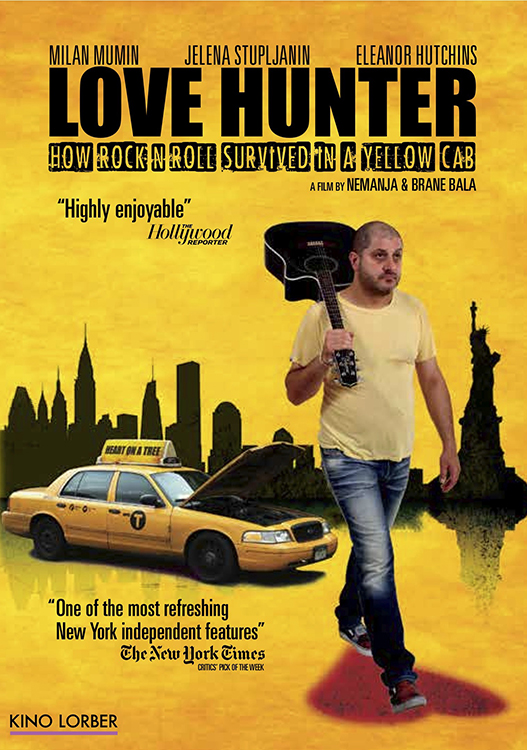 In the 1990s, Milan Mumin was the lead singer of the hugely influential Serbian rock band Love Hunters, who electrified and gave voice to a generation of Serbians fighting an oppressive regime. LOVE HUNTER stars Milan Mumin as himself in a funny, sweet and inspirational fiction based on his life ten years later, driving a cab in New York City and cobbling together funds to record his dream album. When his bass guitar player suddenly quits, he finds a talented but prickly replacement, and a romantic spark, in a free-spirited guitarist named Kim (Eleanor Hutchins). Just as rehearsals start picking up steam, Milan's longtime Serbian girlfriend Lela (Jelena Stupljanin) arrives with very different plans for their future; she wants him to come home to Serbia where his reputation will let him be anything he wants; but Milan is determined to make his recording, in America, at any cost.

"In its feel for nocturnal light, this is one of the most refreshing New York independent features since Ramin Bahrani's Man Push Cart." - New York Times