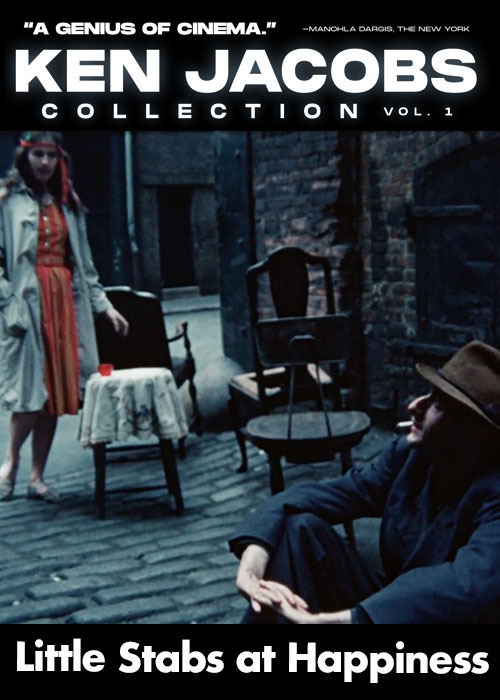 Jacobs, born in Brooklyn, NY in 1933, studied Abstract Expressionism with Hans Hofmann before turning to filmmaking – where he became a prolific member of the underground scene, along with contemporaries Jonas Mekas, Jack Smith, and Stan Brakhage. His early films use NYC as a setting for Smith’s carnivalesque performances. LITTLE STABS AT HAPPINESS (1963, 15 minutes) is preserved by Anthology Film Archives.