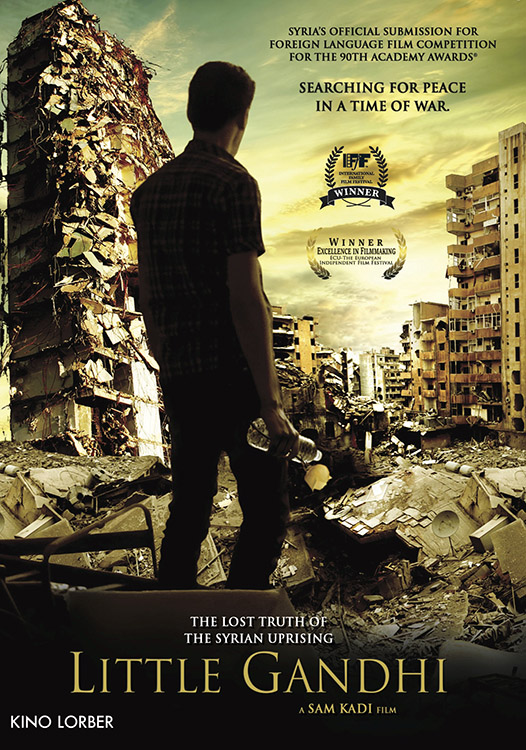 LITTLE GANDHI is a powerful documentary that follows the life of iconic Syrian peace activist Ghiyath Matar, who became internationally known as “Little Gandhi” for his initiative of facing down violent government security forces with flowers and bottles of water. Matar was a key organizer of peaceful protests in his hometown of Daraya against one of the most vicious regimes in the 21st century, inspiring people worldwide. His brutal torture and death at the age of 26, merely a few months after his marriage with a baby on the way, outraged the international community and erupted into one of the most violent crises in modern history.

Director Sam Kadi made the film by recruiting Syrian activists who risked their lives to help arrange and film the interviews after being trained on basic filmmaking techniques via Skype. Kadi also used Skype to direct the entire shoot inside Syria.