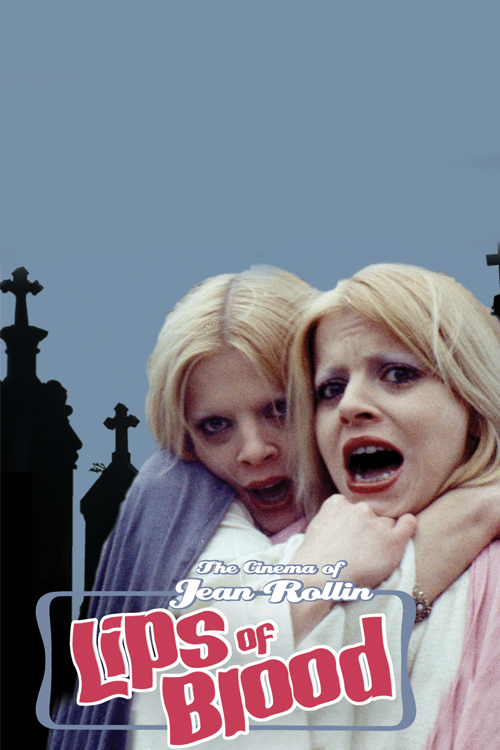 LIPS OF BLOOD (Levres de sang) was considered by Jean Rollin to be the best, or most developed, story he ever wrote. Of all his films, it perhaps best transcends his tendencies toward the poetical and arcane, while remaining at the same time true to his most personal, recurring obsessions: childhood, nostalgia, lost love, romantic quests, the cinema, obsolescence. In the course of its telling, it may also touch on such unsavory topics as vampirism and incest, but it would not be an exaggeration to call LIPS OF BLOOD "Jean Rollin's Somewhere in Time."

Jean-Loup Philippe stars as Frederic, a maternally-dominated young man who by chance is awakened to a dormant childhood memory by attending a launch party for a new perfume. A chateau pictured in the poster reminds him of a night, long ago, when he was lost and a beautiful young woman (Jennifer, played by Forever Emanuelle's Annie Belle) came out of nowhere to protect him through the night. Later, the woman - unaged - magically appears and beckons to him, and Frederic finds his way back to the chateau and to her, uncovering some dark secrets about his family's past along the way.

"One of Rollin's most perfectly realized films." - Tim Lucas, Editor of VIDEO WATCHDOG