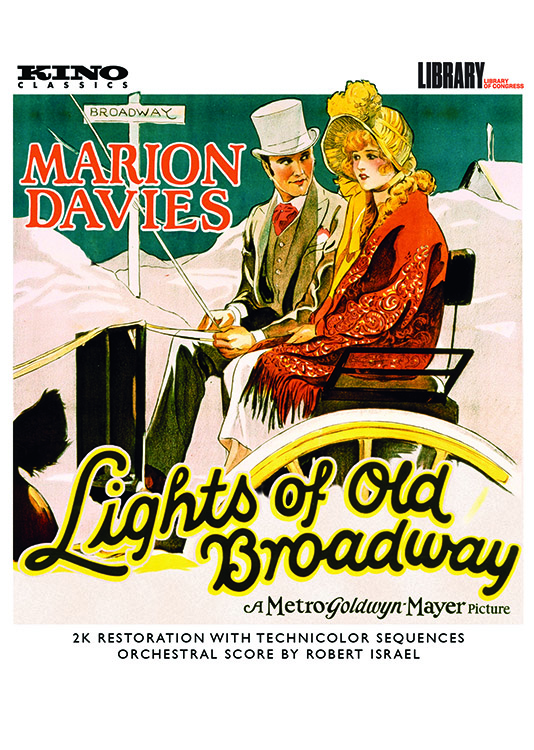 Throughout the 1920s, MGM released a series of lavishly-produced films showcasing the talents of comic actress Marion Davies, often placing her in nostalgic turn-of-the-century settings. Among the most elaborate of these vehicles was LIGHTS OF OLD BROADWAY, set among the music halls and shantytowns of what was soon to become known as the Great White Way, just before the streets and marquees were electrified, forever changing the face of New York City. Davies plays twins, orphaned in childhood, who grow up unaware of one another’s existence. Anne is taken in by wealthy socialites, while scrappy Fely lives with the brawling Irish-American O’Tandy family. Class-conscious romantic entanglements ensue, enlivened by Davies’s boundless physical energy and impeccable comic timing. This 2K master was derived from from the Library of Congress’s 2018 35mm preservation of the film, which includes footage colored via three different techniques: two-strip Technicolor, the Handschiegl process, and color tinting (evidence of the star’s prestige at MGM).