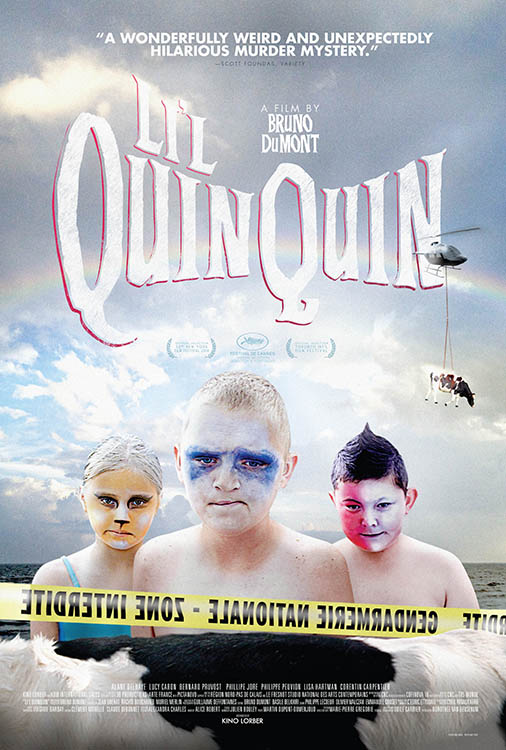 French auteur Bruno Dumont, best known for uncompromising and austere dramas, proves with the comedy LI'L QUINQUIN that he is capable of shifting gears without conceding his signature style. This absurdist, metaphysical murder mystery opens with the discovery of human body parts stuffed inside a cow - a literal bete humaine - on the outskirts of the English Channel in northern France. The bumbling and mumbling Captain Van der Weyden (played by Bernard Pruvost) is assigned to investigate the crime, but he has to contend with a young prankster, the mischievous Quinquin (Alane Delhaye), as he proceeds to investigate the case. Dubbed an "epic farce" by the New York Film Festival, LI'L QUINQUIN has been compared to Twin Peaks and True Detective. But simply speaking, LI'L QUINQUIN is "a wonderfully weird and unexpectedly hilarious" (Scott Foundas, Variety) masterwork from one of the most important contemporary French directors.