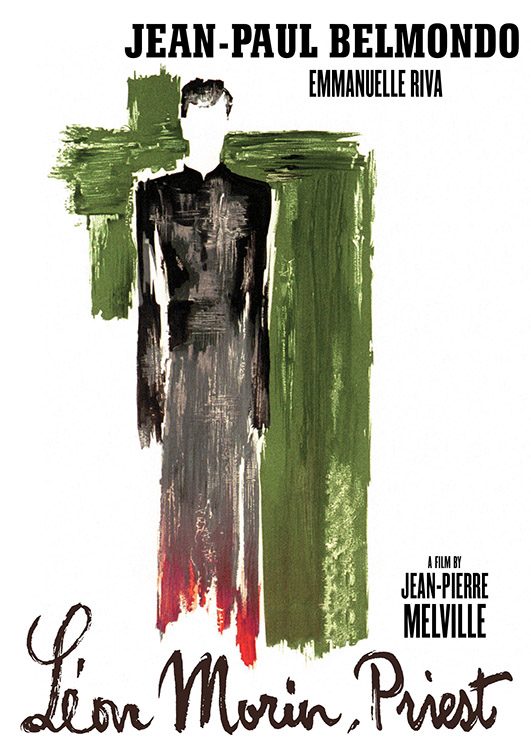 A 4K Restoration of the Original 128-Minute Director’s Cut! From Jean-Pierre Melville, the legendary director of Bob Le Flambeur, Le Deuxième Souffle, Army of Shadows and Un Flic. Screen legend Jean-Paul Belmondo (Le Doulos) dons clerical robes and delivers a subtly sensual performance as the hot-under-the-collar Léon Morin, a devoted man of the cloth who is the crush object of all the women of a small village in Nazi-occupied France. He finds himself most drawn to a sexually frustrated widow—played by Emmanuelle Riva (Hiroshima Mon Amour)—a borderline heretic whose relationship with her confessor is a confrontation with both God and her own repressed desire. A triumph of mood, setting, and innuendo, LÉON MORIN, PRIEST is an irreverent pleasure from one of French cinema’s towering virtuosos. Gloriously shot in black-and-white by Henri Decaë (The Sicilian Clan, Viva Maria!).