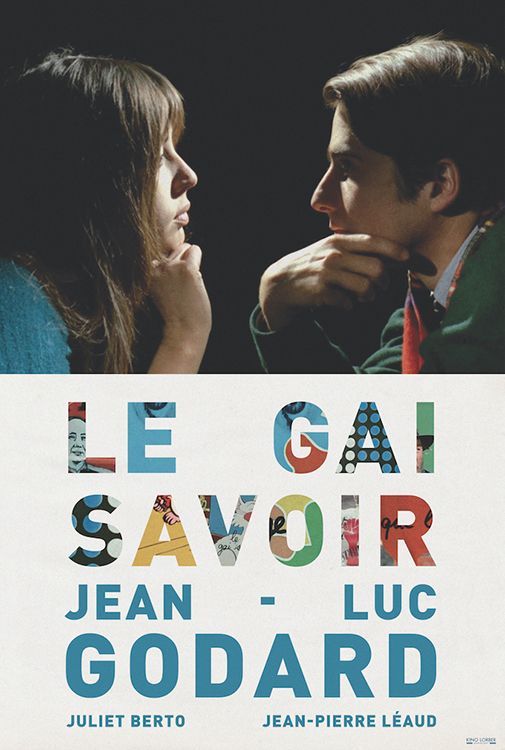 While alone in an abandoned television studio, two militants, Émile Rousseau (Jean-Pierre Léaud) and Patricia Lumumba (Juliet Berto), have a discourse on language. Referring to spoken word as "the enemy" - the weapon used by the establishment to confuse liberation movements - the two deconstruct the meanings of sounds and images in an attempt to "return to zero" and truly experience the joy of learning.

“In this time of increasingly personal cinema, the films of Jean-Luc Godard make those of most of his contemporaries look about as original and individual as monogrammed Volkswagens….one of Godard’s most beautiful, most visually lucid movies.” –The New York Times on Le Gai Savoir