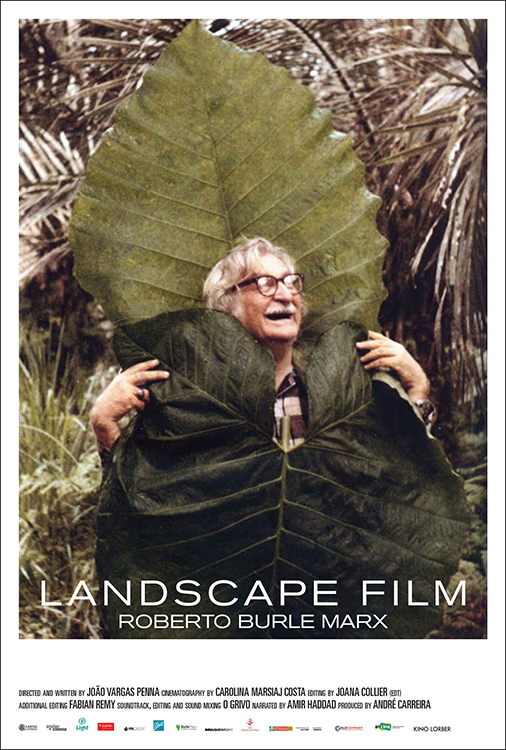 A journey through the art and life of the Brazilian landscape architect and painter best known for the iconic black-and-white mosaic promenades that line Rio de Janeiro’s Copacabana Beach. This documentary shows the full contribution of the landscape artist to the national flora. Directed and written by João Vargas Penna, the film is a walk through the art and personality of Roberto Burle Marx, who was also a painter, cook and singer, facets little known to the general public.

Born in São Paulo, the son of a German Jew and Catholic from Pernambuco, Burle Marx was a forerunner of ecology and defense of the environment. The landscaper valued native plants and discovered many new species on collecting and research trips. Based on Burle Marx's writings and images of his landscape works. Highlights include the Burle Marx Site, Flamengo Park and Moreira Salles Institute in Rio de Janeiro, Tacaruna Farm and Vargem Grande, in addition to Euclides da Cunha Square in Recife, the Ministry of Foreign Affairs in Brasilia, and projects in France and Venezuela.

“One of the most influential landscape architects of the twentieth century.”