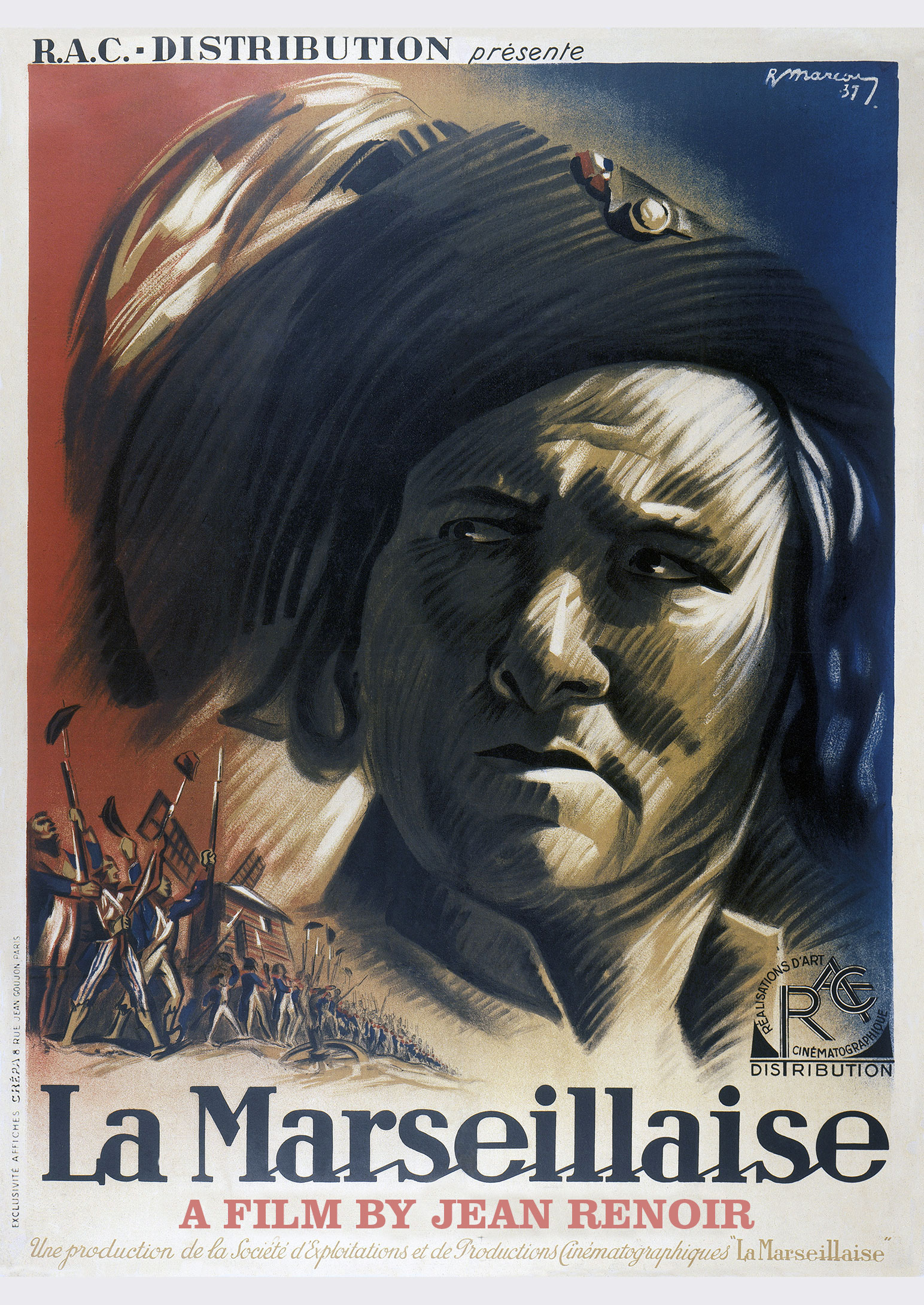 In Jean Renoir’s LA MARSEILLAISE one of the greatest French directors tells the epic story of the French Revolution with scope and intimacy. Disregarded in its time, it is only now emerging as a remarkably innovative work of historical excavation. Made towards the end of France’s left wing Popular Front government when Europe was on the brink of war, LA MARSEILLAISE is a markedly political film about a country in flux. Funded by a public subscription service and filmed in a jaunty newsreel style, it follows a cross-section of people—from the citizens of Marseilles to Louis XVI—who are affected by the shifting political and social forces in the early days of the French revolution.

"La Marseillaise is an epic from Jean Renoir and it is a homage to those non-aristocrats and non-royals with important stories to tell about an vital time in France's history. Many consider it one of the best films ever made on the French Revolution. Kino have done it justice on their Blu-ray with a vastly improved a/v presentation and an educational commentary. For fans of the director, historical and French cinema - this amounts to a 'must-own'."