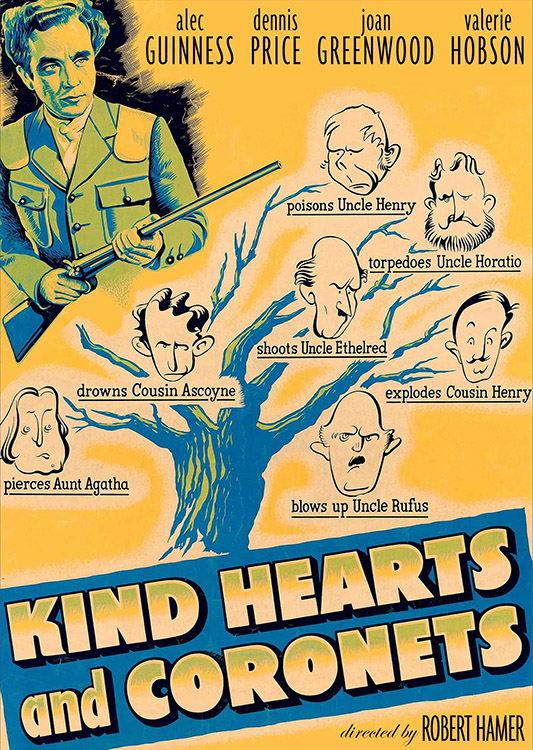 Voted #6 on the BFI’s list of the greatest British films of all time! Sir Alec Guinness (The Lavender Hill Mob) became an international star with his extraordinary performance as eight different characters in this 1949 Ealing Studios classic. Dennis Price (The Frightened Bride) is sublime as an embittered young commoner determined to avenge his mother’s unjust disinheritance by ascending to the dukedom. Unfortunately, eight relatives—all played by the incomparable Guinness—must be eliminated before he can do so. Co-starring Joan Greenwood (The Man in the White Suit), Valerie Hobson (The Bride of Frankenstein) and Hugh Griffith (Start the Revolution Without Me), with top-notch direction by the great Robert Hamer (It Always Rains on Sunday) and beautiful photography by Douglas Slocombe (The Lion in Winter).