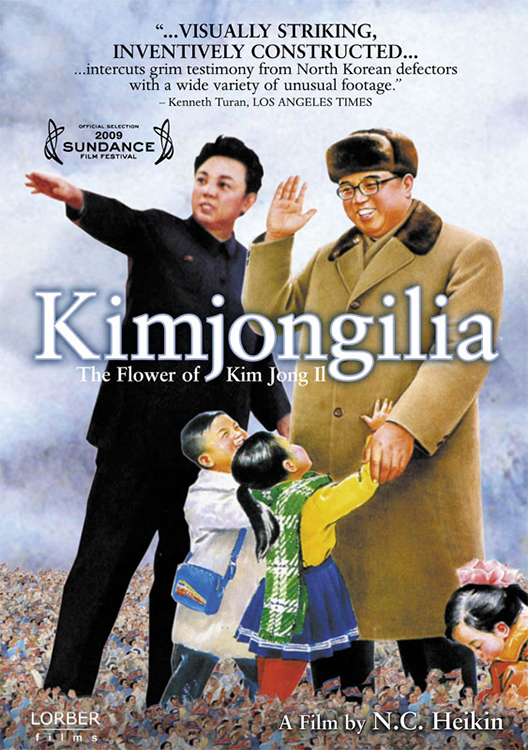 North Korea is one of the world's most isolated nations. For sixty years, North Koreans have been governed by a totalitarian regime. A cult of personality surrounds its two recent leaders: first, Kim Il Sung, and now, his son, Kim Jong Il. For Kim Jong Il's 46th birthday, a hybrid begonia named kimjongilia was created, symbolizing wisdom, love, justice, and peace. The film draws its name from this bright red flower and reveals the extraordinary stories told by survivors of North Korea's vast prison camps, of deadly famine, and of every kind of repression. In a series of devastating interviews with refugees, director N.C. Heikin traces their torturous paths to freedom, on rickety sailboats and across mountain passes, while exposing the inhuman conditions they suffered in the nation's concentration camps. Their experiences are interspersed with archival footage of North Korean propaganda films and original scenes that illuminate the contours of daily life for a people whose every action is monitored, and whose every thought could bring official retribution. Along with the survivors' stories, KIMJONGILIA examines the mass illusion possible under totalitarianism and the human rights abuses required to maintain that illusion.

"Helmer N.C. Heikin orders up her indictment of the 'Dear Leader' in a manner passionate and artistic, elevating fascinating, woeful facts into a wholly elevated realm." - John Anderson, VARIETY

"Uses the filmmaker's special skills (there are interludes of interpretive dance) to tell the story of defectors from North Korea..." - Michael Cieply, THE NEW YORK TIMES