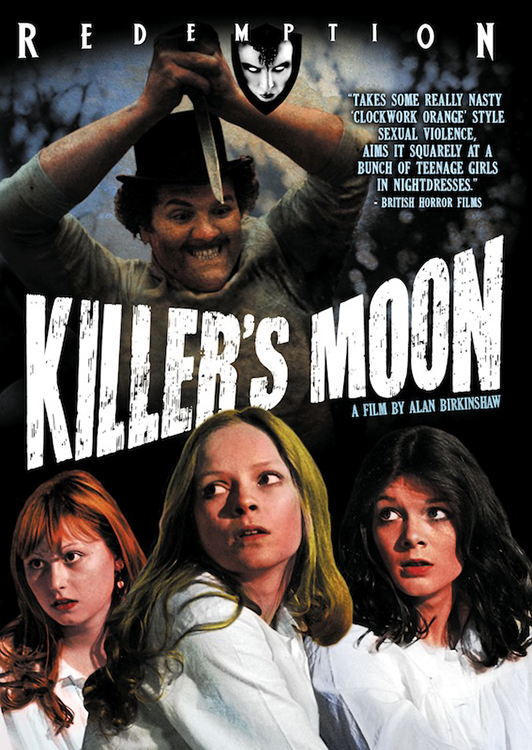 An important film in the evolution of “video nasties” (especially violent films that brought about stricter censorship in the UK in the early 1980s), KILLER'S MOON sets a quartet of drug-addled psychopaths against a group of vacationing schoolgirls.

Four mental patients undergo an experimental drug therapy, and then escape into the countryside. Believing they are inside a dream, they lose any remaining shreds of morality. Roaming the woods, they stumble upon a manor of schoolgirls and wreak unholy havoc. Dressed all in white, like the droogs of A Clockwork Orange, these terrifying sleepwalkers unleash their violent ids with insane abandon. When two nearby campers attempt to stop the slaughter, the killers begin to awake from their slumber - and to their deeds.