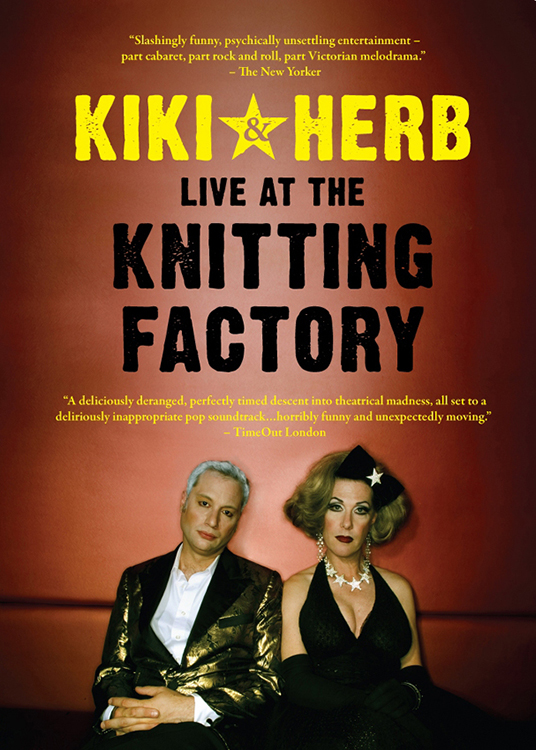 Justin Bond and Kenny Mellman are KIKI & HERB, worldwide smash punk rebel entertainers, cabaret outsiders, and subversive pop stars who rock all over the world. Join the Tony-nominated duo for their first-ever live from the Knitting Factory in New York City. Featuring 15 numbers from their incendiary Year of Magical Drinking Tour including Rhythm Divine, Song Against Sex, I’m Ugly (and I Don’t Know Why), Moments of Pleasure, I was a Maoist Intellectual, and LilyBelle, Kiki & Herb Live at the Knitting Factory delivers the artistry that Ben Brantley of the NY Times hails as “mind-popping, transcendent, and wondrous, of devastating depth and substance.”