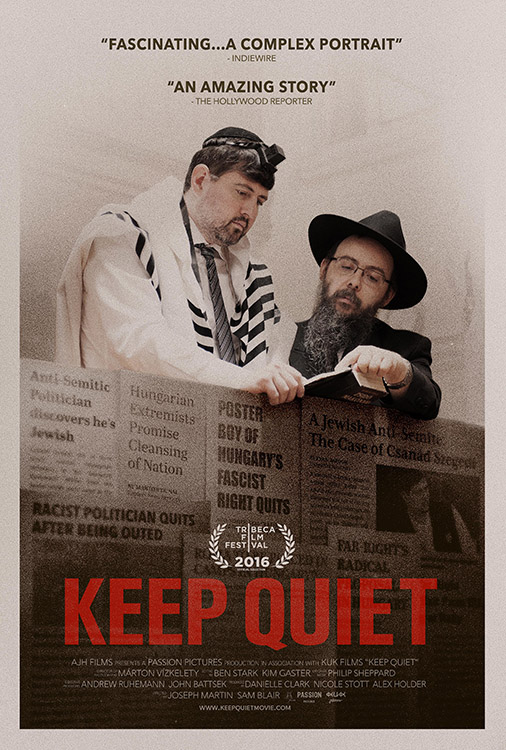 As vice-president of Hungary’s far-right extremist party, Csanad Szegedi espoused anti-Semitic rhetoric and Holocaust denials, and founded the Hungarian Guard, a now-banned militia inspired by a pro-Nazi group complicit in the murder of thousands of Jews during WWII. But his life was soon upended when Szegedi’s maternal grandparents were revealed to be Jewish and his beloved grandmother an Auschwitz survivor who had hidden her faith, fearing further persecution. Keep Quiet depicts Szegedi’s three-year journey to embrace his newfound religion. But is his transformation genuine? Or does he simply have nowhere else to turn?

"A superb piece of non­fiction filmmaking, telling a story of import with grace and intelligence.”

“The filmmakers astutely reveal how a culture can eat another alive and somehow live with itself.”

- Mark Rifkin, This Week in NY

“Exceptional and should be seen by a wide audience.” (A­)

“As engrossing as it is timely.”