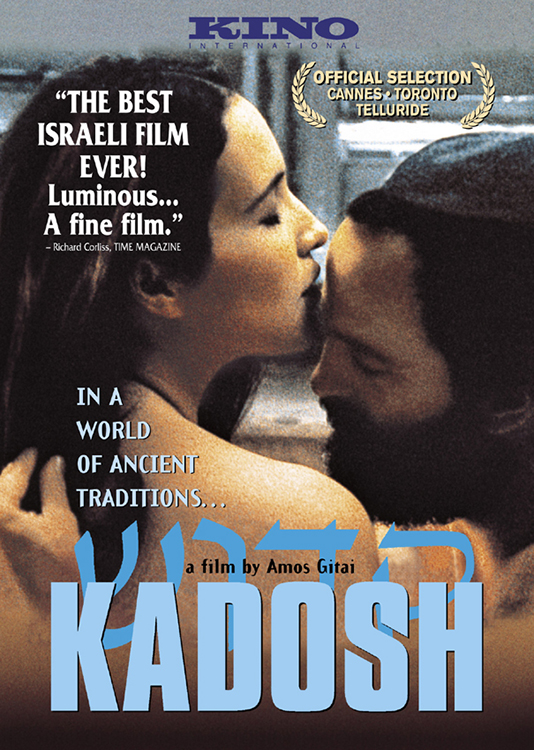 Set in the Mea Sherim quarter of Jerusalem, an enclave of the ultra-Orthodox, KADOSH explores a hermetic world almost never seen on the screen. Here, for ten years, the pious Rivka (Yael Abecassis) has devoted herself to her husband Meir (Yoram Hattab), but their marriage remains childless. Presumed barren, she is rejected by her community, which prizes children above all else. The story that follows relates the harrowing fate of Rivka, and also here beloved sister Malka (Meital Barda), in love with a young man who has fled the community to lead a secular life.

A huge box office hit in Europe, acclaimed at film festivals in Cannes, Toronto, New Delhi and Tokyo, KADOSH is both a powerful drama and an impassioned feminist polemic. As religious fundamentalism achieves new political significance in many countries around the world, the questions at the heart of Gitai's compelling drama resonate far beyond the borders of Israel.