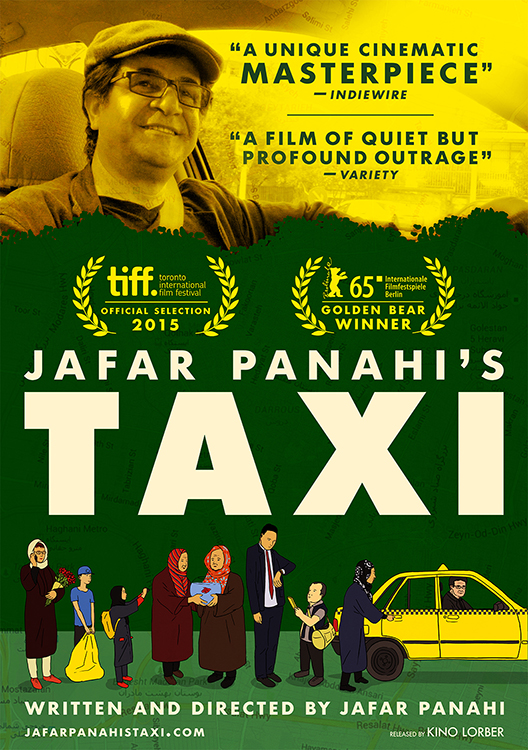 Internationally acclaimed director Jafar Panahi (This is Not a Film) drives a yellow cab through the vibrant streets of Tehran, picking up a diverse (and yet representative) group of passengers in a single day. Each man, woman, and child candidly expresses his or her own view of the world, while being interviewed by the curious and gracious driver/director. His camera, placed on the dashboard of his mobile film studio, captures a spirited slice of Iranian society while also brilliantly redefining the borders of comedy, drama and cinema.

"Veers between documentary and drama, offering a sneaky, self-aware commentary on life in Modern Iran...an engaging as well as important film." ***1/2 Video Librarian