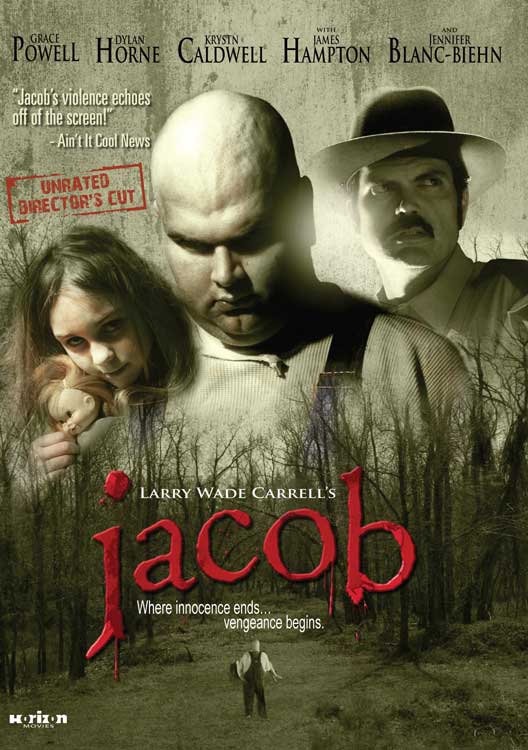 A Southern Gothic slasher in the tradition of THE TEXAS CHAIN SAW MASSACRE, JACOB is a chilling portrait of a hulking, troubled child who seeks vengeance against those who destroyed his family.

Jacob Kell (Dylan Horne) is a lonely and quiet kid, mute since his father (Michael Biehn, The Terminator) suffered from a violent mental breakdown. Prone to violence himself, only Jacob's sister Sissy (Grace Powell) can soothe the savage beast inside him. But once his drunken stepfather Otis (played by writer/director Larry Wade Carrell) slaps his mother around once too many, Jacob goes down the same vengeful blood-spilling path as his Dad.

An authentically terrifying independent horror movie, JACOB proves that it's better to spoil the child, lest they grow up and use the rod on you.