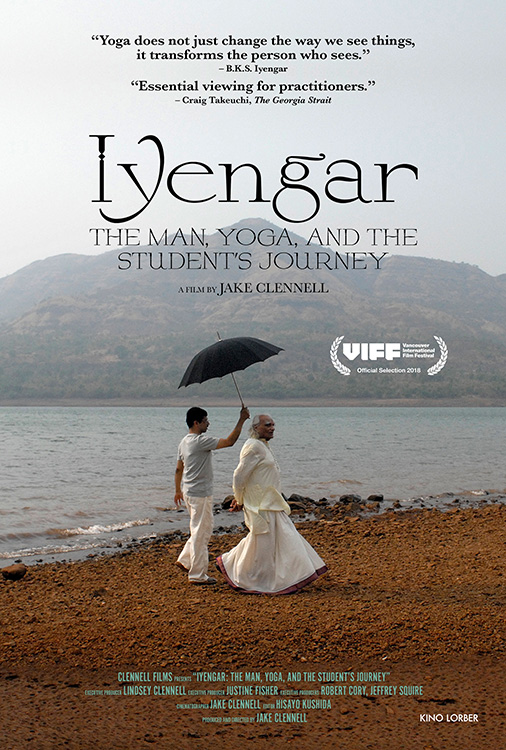 Iyengar: The Man, Yoga, and the Student's Journey

Iyengar Yoga is universally respected, practiced worldwide and credited by multitudes as life-transforming, but because its founder B. K. S. Iyengar is famously reclusive, little is known about the man who invented this powerful practice... until now! Thanks to exclusive, intimate access to this legendary yogi, Jake Clennell's documentary IYENGAR: THE MAN, YOGA, AND THE STUDENT'S JOURNEY is able to showcase the profound spirituality embedded in his practice, which has led religions around the world including Catholicism and Islam to incorporate Iyengar Yoga into their ritual observances. Best of all is the extraordinary time spent with Iyengar, himself, including in the studio where he rules alternately with an iron fist and a velvet touch while demonstrating feats of flexibility and discipline that would be extraordinary if carried out by an Olympic gymnast, let alone a man in his 90s. This documentary is required viewing for anyone with an interest in yoga, wellness, spirituality, or the connection of mind and body.

"Essential viewing for practitioners."
- – Craig Takeuchi, The Georgia Strait
“Yoga does not just change the way we see things, it transforms the person who sees.”
- – B.K.S. Iyengar
Crew
Directed by Jake Clennell