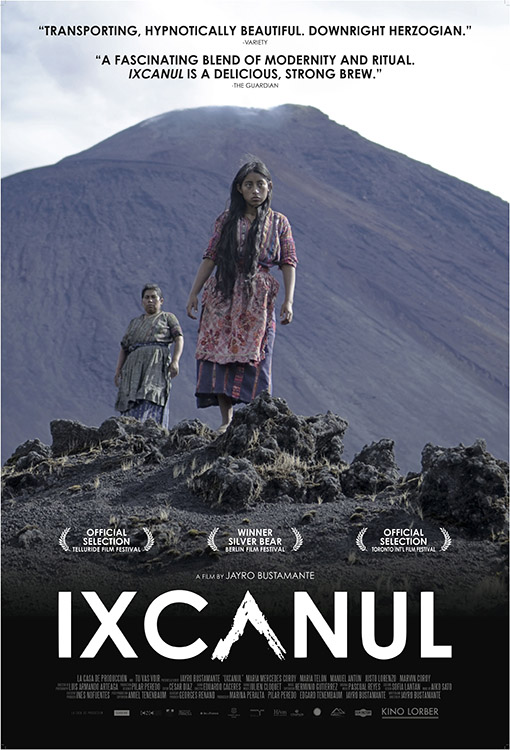 The brilliant debut by Guatemalan filmmaker Jayro Bustamante is a mesmerizing fusion of fact and fable, a dreamlike depiction of the daily lives of Kaqchikel speaking Mayans on a coffee plantation at the base of an active volcano. Immersing us in its characters' customs and beliefs, Ixcanul chronicles with unblinking realism, a disappearing tradition and a disappearing people.

**** (Four stars) "A fascinating blend of modernity and ritual." -The Guardian

"Jayro Bustamante’s Ixcanul was a genuine discovery, as this is not only the director’s first feature, but also the first film made in the Kaqchikel Mayan language..." -Senses of Cinema

"Bustamante’s film is downright Herzogian (far more than Herzog’s own “Queen of the Desert”) in its surfeit of physical detail, observed ritual and looming clash of civilizations." -Variety