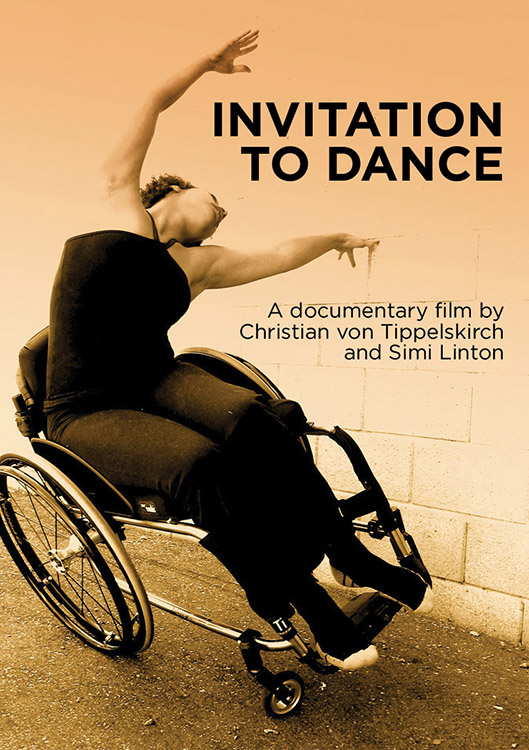 INVITATION TO DANCE is an eye-opening insider's account of disability in 21st century America. Simi Linton's story forms the narrative backbone of the documentary. The film traces both her personal growth as a disabled woman, and the larger historically significant developments around her over the past 40 years. Simi serves as navigator and tour guide to a world largely unknown, generally isolated, and commonly dismissed.

In 1971, Simi Linton was injured while hitchhiking to Washington to protest the war in Vietnam. Suddenly a young disabled college student, she confronted insidious forms of discrimination she couldn't have imagined before. Over time she joined forces with a vibrant disability community, and realized that political engagement, love, and dance could once again be central to her life.

Rock n' Roll, dancing, and sexuality liberated Simi from the shame she felt as a young disabled woman. INVITATION TO DANCE traces Simi's first reluctant foray onto the dance floor at a party to present day when dance has become a central theme in her social life, activism, and work. Ultimately, the film is a never-before-told coming out story of disabled people staking their claim to "equality, justice, and a place on the dance floor!"