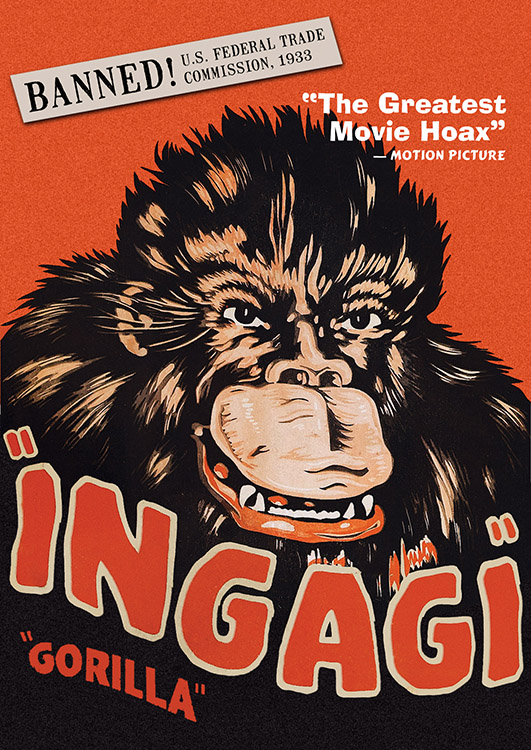 The exploitation cinema had its share of scandalous films, but none is so mired in controversy as the bizarre pseudo-documentary INGAGI. Purporting to be an ethnographic journey into the wilds of Africa, it combines authentic footage purloined from other films, with outrageous scenes staged for the camera in Los Angeles. Among the hoaxes perpetrated are the discovery of the “tortadillo,” a heretofore unknown species of animal, and the exposure of an indigenous cult that worships (and sacrifices its women to) gorillas—a particularly racist concept that would resurface in films for years, most notably as the dramatic springboard for King Kong. After spawning a whole sub-genre of exotic shockumentaries (e.g. Forbidden Adventure, Karamoja), the originator faded into obscurity, mired in lawsuits and cursed by the notoriety of its title (the Kinyarwanda word for “gorilla”). INGAGI has not been commercially distributed for at least 50 years, and this 4K restoration, from materials preserved by the Library of Congress, marks the film’s home video premiere.