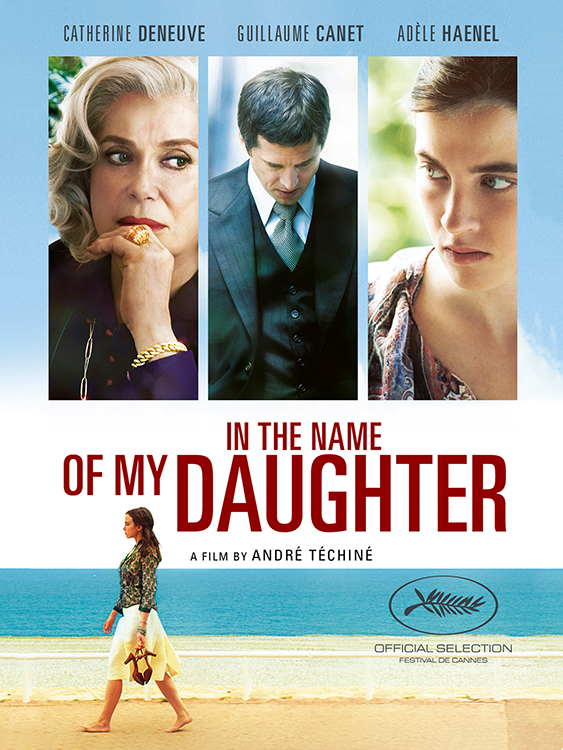 In the Name of My Daughter

Acclaimed director André Téchiné brings a gripping real-life thriller to the screen. 1976. When her marriage falls apart, Agnès Le Roux (Adèle Haenel) moves back to the South of France from Africa to live with her mother, Renée (Catherine Deneuve), owner of the Palais de la Mediterranée casino in Nice. There, Agnès falls in love with Maurice Agnelet (Guillaume Canet), a lawyer and Renée's business advisor, who is ten years her senior. Maurice continues to have relationships with other women. Agnès is madly in love him. As a shareholder in the Palais de la Mediterannée casino, Agnès decides to sell what should have been her inheritance to go it alone. A fixed card game threatens the casino's financial stability. Someone is trying to intimidate her mother. Behind the scenes hangs the shadow of the mafia and Fratoni, the owner of a rival casino, who wants to take over the Palais de la Mediterannée. Agnelet, who has fallen from grace with Renée, introduces Agnès to Fratoni. Fratoni offers her 3 million francs to vote against her mother in the shareholders meeting. Agnès accepts the offer. Renée loses control of the casino. Agnès finds it hard to cope with her betrayal. Maurice also distances himself from her. In November 1977, after a failed suicide attempt, Agnès disappears. Her body is never found. Thirty years on, Maurice Agnelet remains the prime suspect in a murder case with nobody and no proof of his guilt. Convinced of his involvement, Renée is prepared to fight to the bitter end to see him put behind bars...

“A dramatic feast. Deneuve is calmly ferocious.”-- The New Yorker

“An Intriguing Drama. Ms. Haenel is a major discovery."-- The New York Times