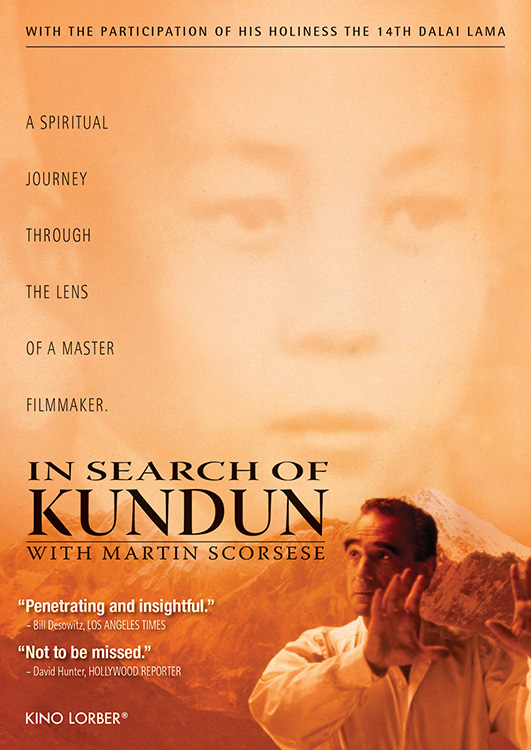 In Search of Kundun

IN SEARCH OF KUNDUN WITH MARTIN SCORSESE is a deeply insightful film documenting the unique encounter of filmmaker Martin Scorsese (The Irishman, Raging Bull, Taxi Driver) with the Tibetan people and their spiritual leader, the 14th Dalai Lama. Filmed in 1997, this emotional saga takes us from the set of Kundun in Morocco, where Scorsese recreates the vanishing Tibetan culture, to the foothills of the Himalayas in Dharamsala, India at the Dalai Lama’s residence-in-exile. His Holiness reminisces about his youth, the plight of Tibet, and offers a vision for the future. Director Michael H. Wilson skillfully weaves together rare archival footage of Tibet with behind-the-scenes commentary by Martin Scorsese, screenwriter Melissa Mathison, cinematographer Roger Deakins, production designer Dante Ferretti and Tibetan cast members with no previous acting experience who convey poignant real life perspectives on an epic journey.