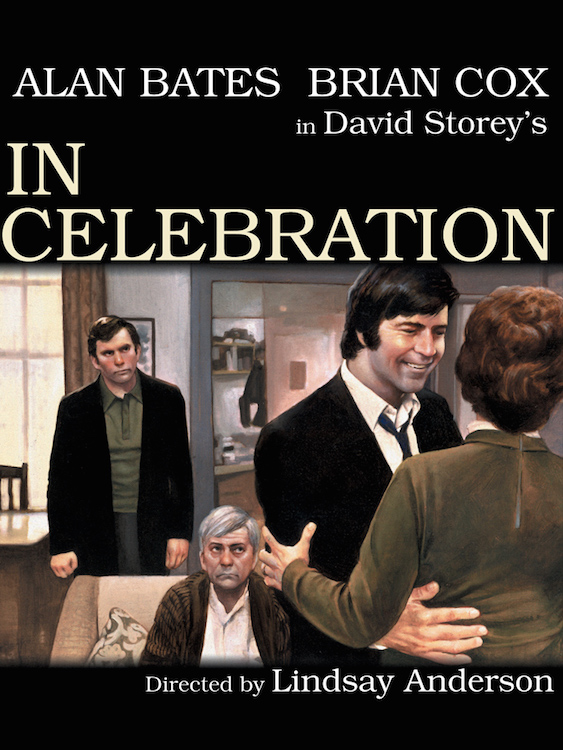 In their tiny house in a Yorkshire mining town, God-fearing and hardworking Mr. and Mrs. Shaw (Bill Owen and Constance Chapman) welcome their sons home to celebrate the couple's fortieth wedding anniversary. But with each son's arrival, more and more of the Shaw's model blue collar family facade begins to chip away. Middle son Colin's (James Bolam) engagement has placed him on the path to a loveless marriage. Barely shouldering the burdens of his shattered artisitic aspirations and his own family, Steven, the baby, brilliantly played by Brian Cox (Manhunter, 25th Hour), is on the threshold of a nervous breakdown. But the toaster tossed into this already scalding theatrical bath is Alan Bates (Georgy Girl, The Cherry Orchard, Three Sisters) as eldest son Andrew. As father, mother, and brothers futiley try to hide the truth from themselves and each other, Bates' Andrew tears into the Shaw family's carefully maintained fictions with animal fury and all-too-human bitterness.

Anderson's spare and elegant direction grants his ensemble the space to collide and retreat even within the cramped confines of the Shaw's collier's cottage. In Anderson's sensitive hands, IN CELEBRATION becomes the visionary antithesis of John Ford's "How Green Was My Valley" and a cautionary yet inspiring tableau of a modern family living at a medieval level of disharmony.

"Anderson and a a superb cast have made a harrowing and satisfying suspense drama." - New York Magazine