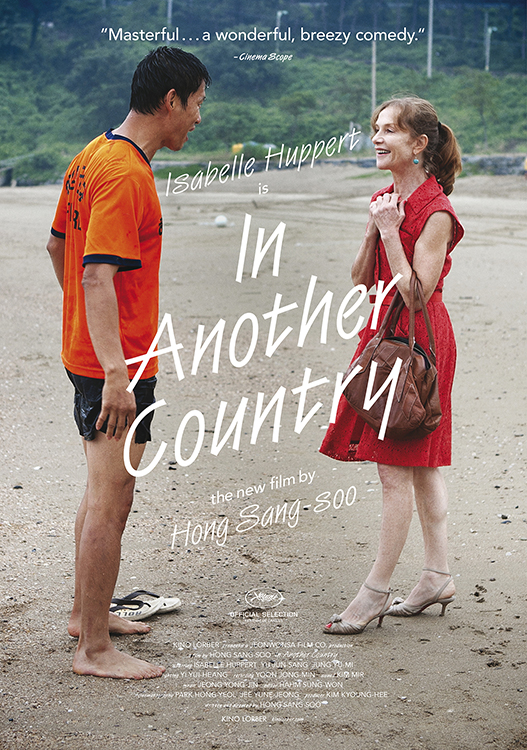 Hong's latest tale of love, lust and misunderstanding, IN ANOTHER COUNTRY is an effortless, laugh-out-loud comedy that plays like a lost French New Wave classic.

"One of the great pleasures of contemporary movies is getting to watch Isabelle Huppert act, so any film where she plays three characters can only be considered an embarrassment of riches...[In Another Country] a breezy affair that the French New Wave directors would have totally claimed as their own." - Movie.com