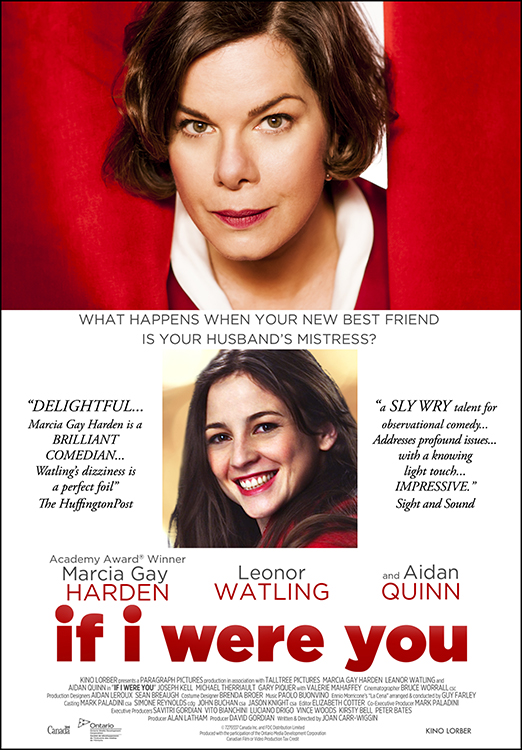 If I Were You

Madelyn (Marcia Gay Harden) is a successful, self-possessed, middle-aged businesswoman - until she finds out that her husband's late nights at work are actually intimate dinners with a sexy young aspiring actress, Lucy (Leonor Watling). When Madelyn starts stalking this new mistress, she witnesses what she thinks might be the beginnings of a suicide attempt and ends up talking her down. While Lucy is ignorant of Madelyn's true identity, the two form a bizarre pact with unforeseen consequences. Matters are complicated further by an amorous coworker and an encounter with a handsome stranger (the ever delectable Aidan Quinn).

"Great entertainment for grown-ups . 'If I Were You' is a wonderful surprise and a pure cinematic delight, a gem that recalls the best of a Woody Allen or a Nora Ephron. Marcia Gay Harden is simply sensational." Pete Hammond - Movieline