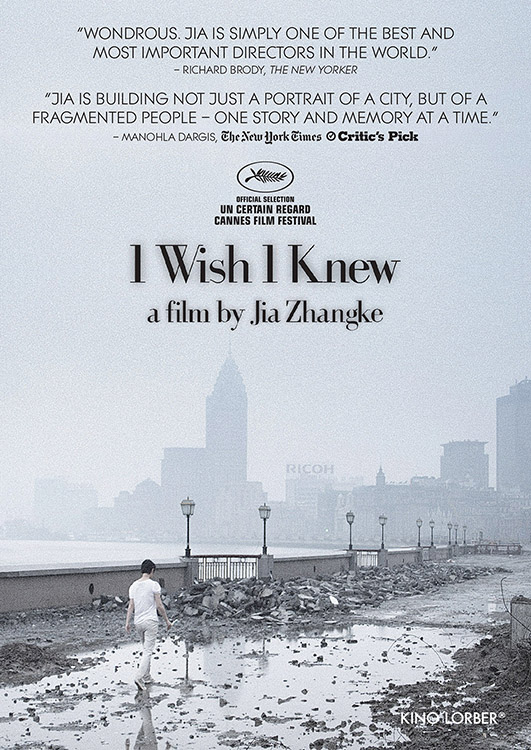 I Wish I Knew

Shanghai's past and present flow together in Jia Zhangke's poetic and poignant portrait of this fast-changing port city. Restoring censored images and filling in forgotten facts, Jia provides an alternative version of 20th century China's fraught history as reflected through life in the Yangtze city. He builds his narrative through a series of eighteen interviews with people from all walks of life-politicians' children, ex-soldiers, criminals, and artists (including Taiwanese master Hou Hsiao-hsien)-- while returning regularly to the image of his favorite lead actress, Zhao Tao, wandering through the Shanghai World Expo Park. (The film was commissioned by the World Expo, but is anything but a piece of straightforward civic boosterism.) A richly textured tapestry full of provocative juxtapositions.

"Wondrous yet rueful. Jia is simply one of the best and most important directors in the world."

"Few filmmakers working today look as deeply at the changing world as Mr. Jia does, or make the human stakes as vivid."