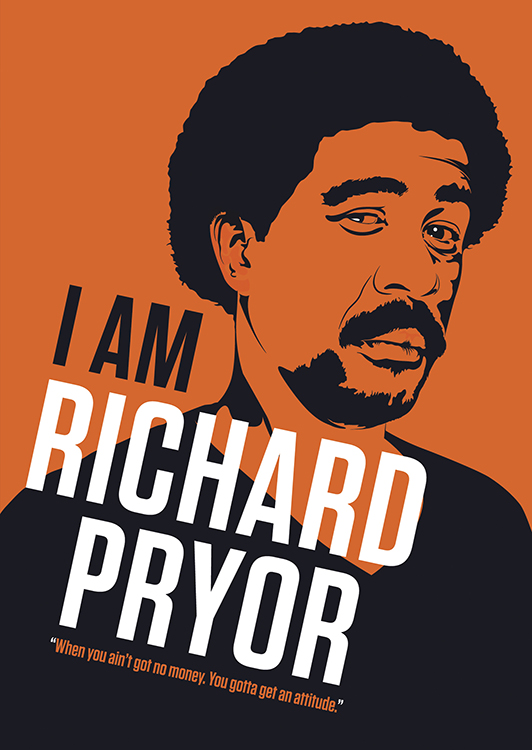 I Am Richard Pryor

I AM RICHARD PRYOR tells the story of the legendary performer and satirist, who transcended race and social barriers by delivering his irreverent and biting humor to America's stages and living rooms until his death at 65. Featuring an iconic cast of comedians, historians, activists and artists who provide a unique brushstroke into the complex world of Pryor, this film dives deeply into the psyche of a comedic genius who dispensed a penetrating view of Black American life – so-called "comedy without jokes" – that struck a chord with audiences of every ethnic, social and economic disposition.