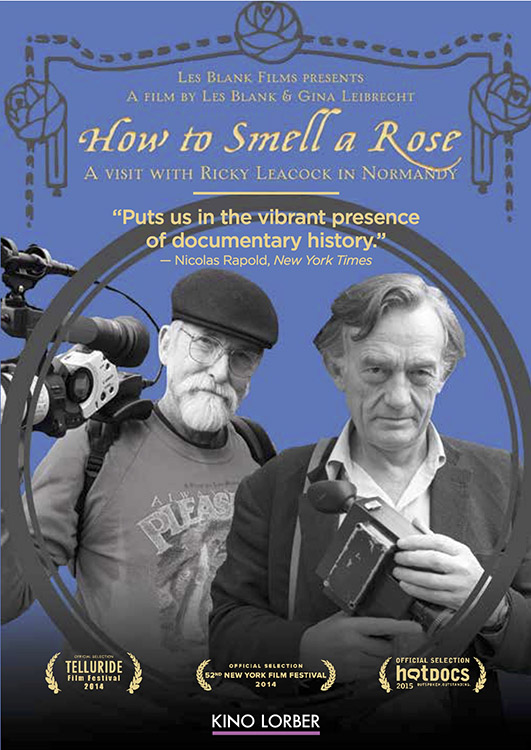 How To Smell A Rose

HOW TO SMELL A ROSE documents Les Blank's visit with the legendary co-founder of Direct Cinema, Richard Leacock (1921-2011), in 2000. At his farm in Normandy, France, Blank, and co-director Gina Leibrecht, recorded conversations with Leacock about his life, his work, and his other passion: cooking! In the early sixties, together with Robert Drew, D.A. Pennebaker, and the Maysles brothers, Leacock changed the way documentary films were made. Leacock's technical and aesthetic innovations were instrumental in creating America's version of cinema verite . His quest was to create, the feeling of being there. While cooking, and taking walks in the French countryside, Leacock shares with Blank the memorable moments of his filmmaking career, and the extraordinary people he met along the way.