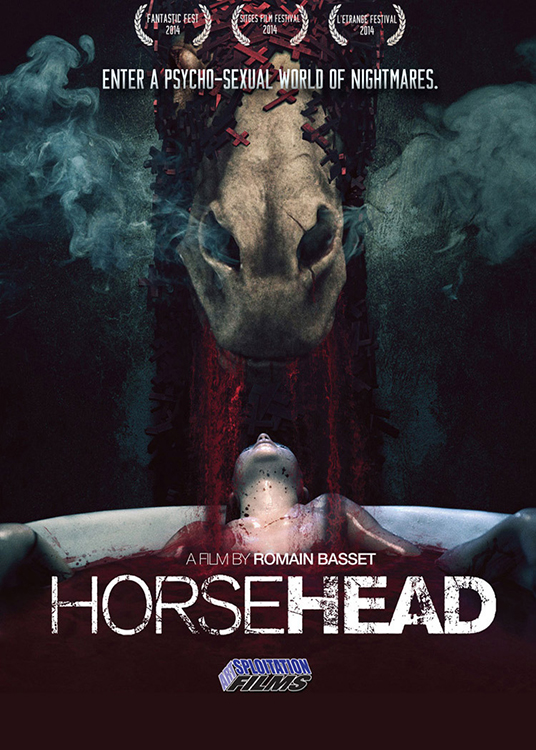 Haunting and horrific, surreal and shocking, HORSEHEAD is a new horror-fantasy that pays tribute to the classic European shockers of Dario Argento and Mario Bava, while also remaining a unique film with its own vision, delivering unforgettable images that both disturb and enchant. Director Romain Basset's tale follows beautiful young Jessica (Lilly-Fleur Pointeaux) as she returns to her family's countryside estate for her grandmother's funeral. Haunted by recurring nightmares of a horse-headed monster, Jessica attempts to put her studies of "lucid dreaming" to good use, as she semi-consciously navigates through this dream landscape, trying to discover the secrets behind this sinister apparition. But Jessica must also cope with a hostile mother (The Beyond's Catriona MacColl), and the growing realization that the death of her grandmother was actually a suicide triggered by the woman's past traumas and visions. HORSEHEAD is a feverish, ethereal journey through the world of nightmares.