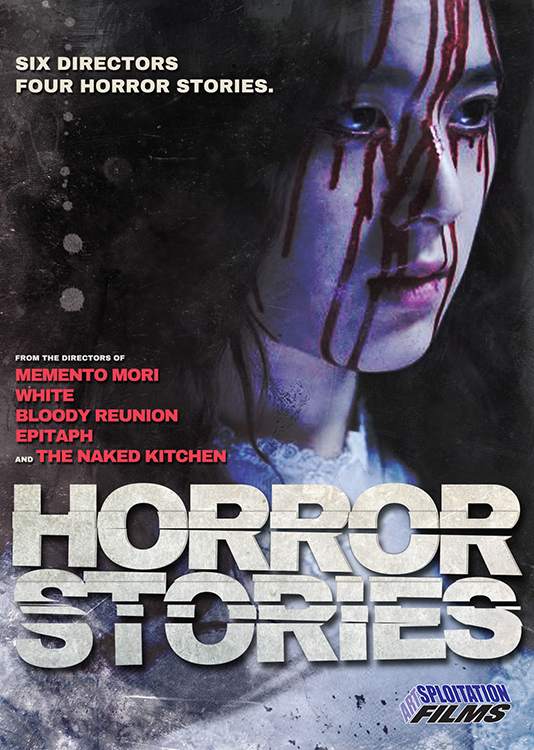 Horror anthologies might be everywhere these days, but the Korean entry HORROR STORIES raises the bar with four terrifying stories (and a nail-biting wraparound tale), each one chilling enough to be its own feature. If you thought this was going to be a tame collection of teen-friendly "ghost girl" stories, think again. HORROR STORIES goes right for the jugular with non-stop splatter, intense shocks and riveting suspense. A high school girl is abducted and forced by a psycho to tell him the scariest tales she knows. An international genre festival success from Sitges to Fantasia, this is one of the best Korean horror films in years.

• "Don't Answer the Door" finds a little brother and sister home alone at night and under siege.
• "Endless Flight" has a serial killer escaping police custody in the middle of an otherwise empty flight.
• "Secret Recipe" serves up a wildly macabre fairy tale about two jealous stepsisters who take plastic surgery to nightmarish extremes.
• "Ambulance on the Death Zone" is a claustrophobic zombie shocker with a paramedic and a mother at a standoff over her possibly infected young daughter.

"Horror Stories is by far the scariest movie this year." - Moviexclusive.com